We make our clients happy. 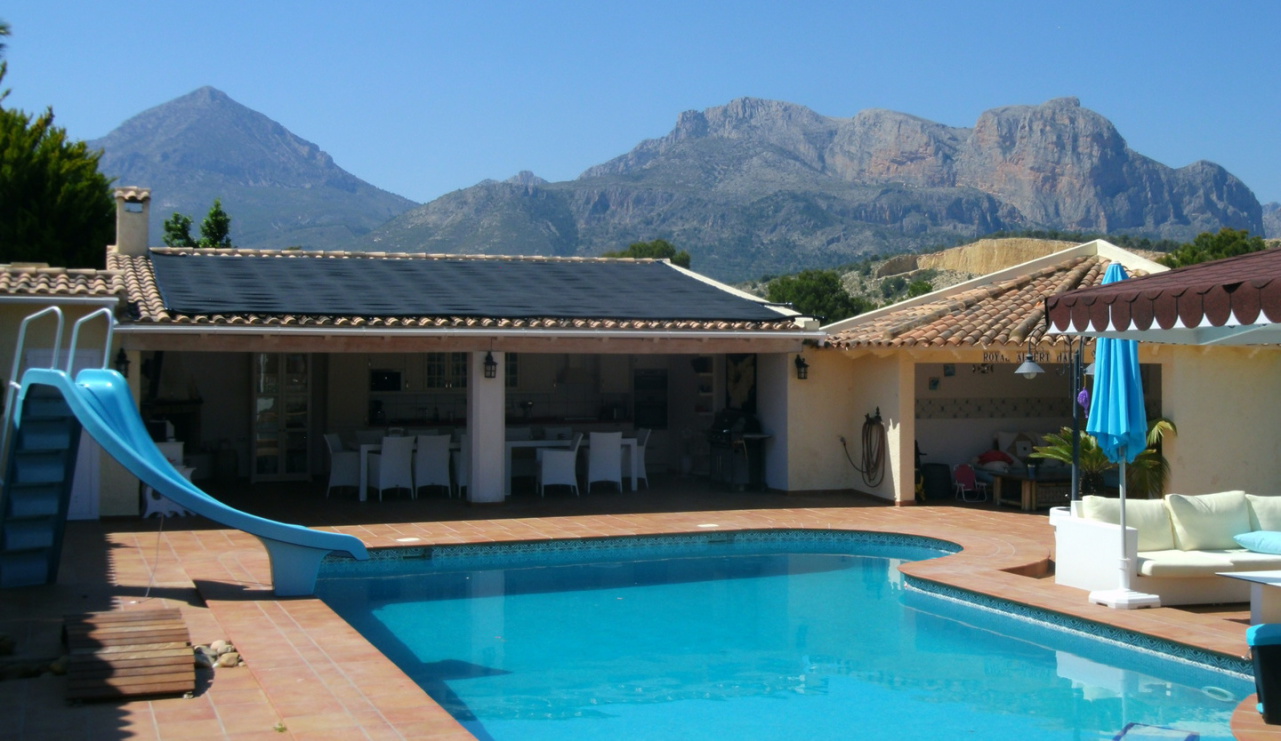 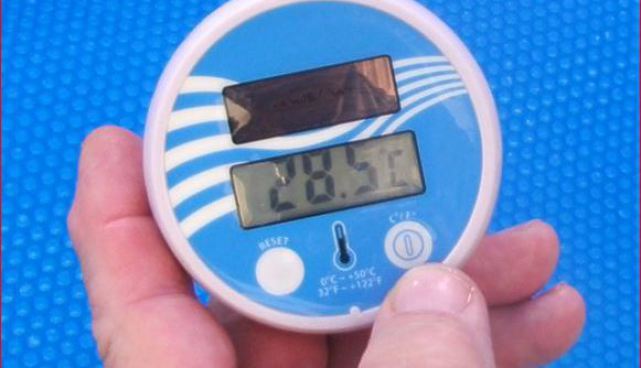 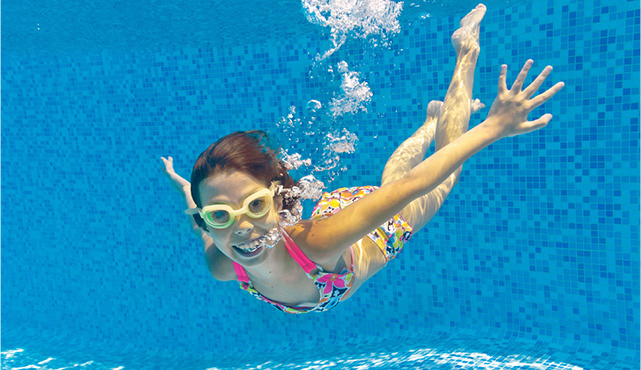 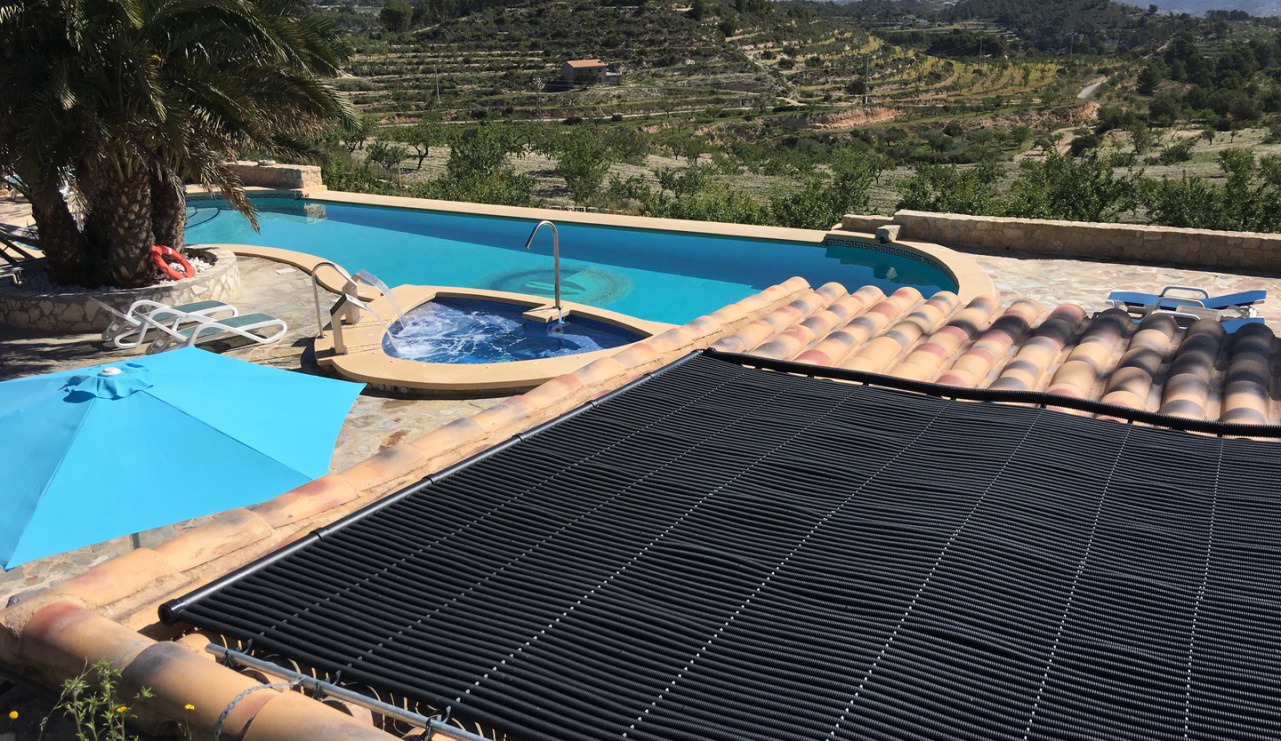 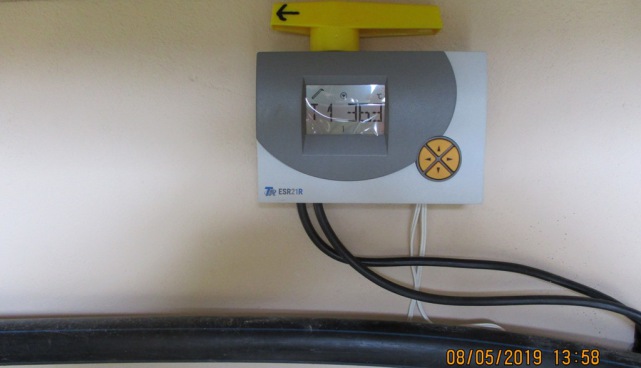 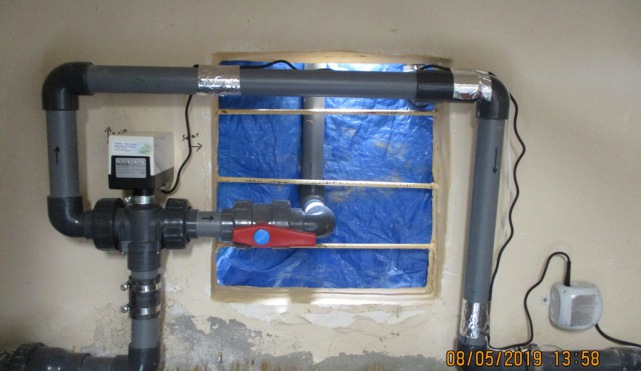 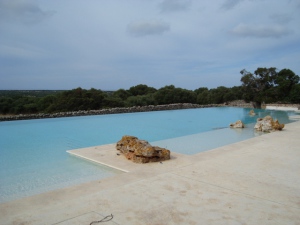 Are you a proud owner of a pool in Spain and want to use it a for a longer period of time during the year, or simply want to have the pool water a bit warmer during summertime?

Then get yourself a pool heating system with the sun as the only source of energy and that will do its job with absolute reliability.

There are different technologies to heat water. First the so-called conventional technologies, using fossil energy or electricity and then those, using the sun: an environmental neutral source of energy and free of charge.

According to the actual spanish legislation, it is prohibited to use fossil energies, such as oil or gas or electricity for outdoor pools. You can read in the spanish building regulations (RITE BOE Num. 89/13.04.2013; page 17): „Outdoor pools can only be heated by renewable energies or using industrial heat ...“ (free translation)

Please note that heat pumps have the great advantage that they can provide heat to the pool, regardless the wheather conditions and how long the sun shines. The electricity consumption and the associated costs to heat the pool certainly represent the negative aspect of heat pumps.

Heating the pool in this way, may represent a quite costly solution. Using the night tariff of some electricity providers does not really solve the problem. The night tariff is certainly less expensive, however, the COP during night time is - because of the lower outside air temperatures - a lot lower as during day time, and thus you will have gained nothing.

Heating the pool with the sun, means that you practically neither have any running costs nor environmental contamination. The „uncomfortable“ aspect logically is that you need the sun for it. On a cloudy or cold day, a solar pool heating does not work perfectly. However, this is getting compensated by the fact that outdoor pools are generally not used during winter time or during days of bad weather. Nevertheless, with abundant sunshine during spring and autumn, solar pool heating is very well possible and really makes sense.

Each solar plant has a solar collector, which is getting heated by the sun. Thanks to this energy gained, you can heat the pool by either pumping the water directly through the solar panel (open system) or by using a heat exchanger (closed system). Whenever the temperature in the solar collector is a bit higher then the pool water, a pump is getting activated to push the heat into the pool.

In case of open systems the pool water flows directly through the solar collector - ideally using the filter pump! In relation to the size (in m²) of the open systems and the wheather conditions, you can obtain daily rises of the pool temperature of some 2 to 6°C.

There are various types of solar collectors for pool heating in Spain, which of course, all have to be resistant against the pool water chemistry and the ultraviolet radiation of the sun. Some of them do not even bother about snow or ice, such as the solar-rapid® collector of the german manufactor ROOS. Due to the ribbed structure of the ROOS pipe, you have a significantly higher surface area than a smooth pipe, which e.g. is used for irrigation purpose. Here on Costa Blanca the thermal effect of the ripped pipe with a solar radiation of 1.700 W/m² is about 91%, meaning 1.550 W/m², according to the german manufactor ROOS.

The solar-rapid® ribbed pipe is delivered on coils of some 500 m and thus all lengths, sizes and forms can be realised. Even a chimney does not represent a problem: it will be integrated into the future panel. The ribbed pipes have a diameter of 25 mm and are put onto manifolds of 50 mm. Retaining frames guarantee the stability of the panel.

Because of this, the solar-rapid® collector is storm resistant. The so-called "sail-effect" is not possible. Furthermore, it is not necessary that the collector will be put on a surface with a pitch. Due to the structure of the ribbed pipe, you always have a right angle of the sun with respect to the pipes. This means, that you even may put the ROOS collector ontop of flat surfaces, such as carports, pergolas or right into the garden. It may even be attached vertically to a wall.

One of the greatest advantages however, is that the pool water is getting heating during the daily filter process by using the filter pump and thus without any extra costs.

With other words, the running costs of a ROOS® solar plant for pool heating are zero!